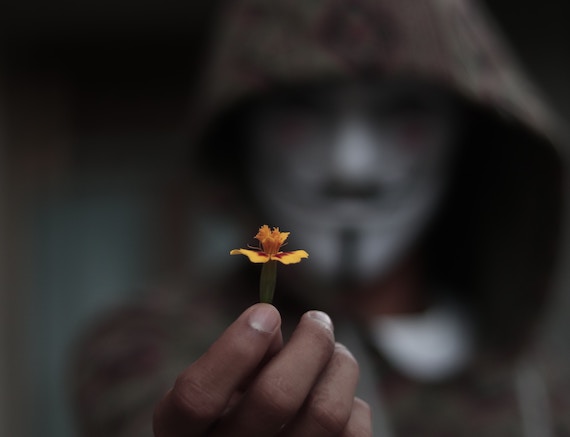 5 Practical Ways to Become an Instrument in Devil’s Hands

One of my biggest learnings I am receiving from God in this season of my life is the fact that even when we are children of God, filled by the Holy Spirit and living for His purposes, we can occasionally become the hands and feet of our enemy, the devil. Let me share these two portions/scriptures for you to ponder upon.

Matthew 4:10 – “Get out of here, Satan,” Jesus told him. “For the Scriptures say, ‘You must worship the Lord your God and serve only Him.'”

Matthew 16:23 – Jesus turned to Peter and said, “Get away from me, Satan! You are a dangerous trap to me. You are seeing things merely from a human point of view, not from God’s.”

The first portion is from the temptations that Jesus experienced, when Jesus had to literally get satan to stop whispering the temptations into His ears. The second portion of the scripture is from Jesus’ conversations with His disciples, where He had to stop Peter from speaking things that was totally outside of God’s plan for Jesus’ life. We do expect Jesus to say that to the devil, but we wouldn’t expect Jesus to say that to a trusted associate, friend, disciple and the future senior pastor of the New Testament Church. And yet, here we see Jesus being explicit in His declaration of Peter being used by the devil for purposes that are contrary to God’s plans for Jesus!

Pondering over this particular scripture, I realised that we allow the devil to use us for his purposes several times a day, by just being careless with our words or actions. If you are not yet convinced that we are often guilty of doing this, here are some things we do that has the potential for the enemy to lay hold of and use us to be his instruments of unrighteousness and destruction!

1. Confess negative over your life

The Bible says that your tongue has the power to give life and to destroy life. (Proverbs 18:21) There are times and seasons of our life when we go through challenging situations in our emotions and circumstances. We may want to say and declare things that are based on our emotions more than truth of the particular situation and not heeding to a biblical approach to our circumstances. We would usually think that the person is just expressing himself, but the truth of the matter is that you are actually prophesying over yourself. When you use words like “I can never overcome this”, “I am such a mess”, “I will remain a failure”, etc, you are allowing the devil to use those words to open portals of delay and destruction into your life. Whatever the temptation or the challenge may be, could you make a choice to be the man or woman of God who will only speak what God is saying over your life?

2. Be constantly critical of the people around you

Do you know how much the devil enjoys it when you criticise and condemn people? The guys who brought the woman caught in adultery to Jesus demanded that she be stoned and killed. Jesus’ only answer to their demand was to ask the ones who did not have any sin to be the first ones to cast the stone. (John 8:7). Can you evaluate your comments about the people that surround you? Are they filled with life giving, encouraging words or is it always about what everybody is doing wrong? Every word we speak about others has the potential to become a prayer of blessing over them or a curse that details them. In fact when we become instruments in the hands of the enemy to hurt and break people, we lose the favour of God over our lives.

In the Old Testament, God gave a serious commandment to people of Israel who were travelling together in the wilderness for 40 years. Do not spread slanderous gossip among your people. Do not stand idly by when your neighbour’s life is threatened. I am the LORD. (Leviticus 19:16) God actually equated their slanderous gossip to murder. God has called us to be peacemakers and not home and church dividers. Sometimes you may have a good intention to talk or gossip about someone else, but you never know the complete story of what someone else is going through and wouldn’t be able to fathom the cost the other person will have to pay because of you spreading a vicious and slanderous rumour about him or her. God sees that as equivalent to assassination.

4. Rebel against your leaders and authority

In the garden of Eden, when the serpent tried to deceive Eve into eating something that she shouldn’t have eaten, he was primarily attacking her devotion to her husband and her commitment to obeying God. Several times we can end up being those voices that stop people from obeying God and submitting to those godly voices over our lives. If you are instrumental in causing people to rebel against their parents, fight or distrust leadership, break commitment in marriage or stopping someone from being planted in a godly church, then you are certainly being used by the devil. You have to evaluate your heart, inspect your intentions and trace your inspirations. They will certainly be unscriptural and uninspired by the Holy Spirit. Replace every one of these voices with God’s heart for placing leaders and authority figures over our lives.

Here’s one story in the Bible that scares me.

‘The people gave him a great ovation, shouting, “It’s the voice of a god, not of a man!” Instantly, an angel of the Lord struck Herod with a sickness, because he accepted the people’s worship instead of giving the glory to God. So he was consumed with worms and died. (Acts 12:22-23)’

People honoured and adored King Herod as god! Please note that it was not King Herod who claimed to be god or like god. It was the people around him who sowed seeds of his destruction by treating him as god. The devil’s purposes is to kill, steal and destroy people. (John 10:10) And when he can’t destroy someone, he will make you to love and worship them, consequently guaranteeing their destruction. Constantly inspect your heart for love and devotion to any human being more than your love for God. Once you identify them, lay it down on the altar at the feet of Jesus.

So, which among the above list are you guilty of? Please remember that our great dear apostle Peter was also guilty of being influenced and used by the devil to speak and do things that would undermine Jesus’ leadership and direction. If he had hope in being able to turn back to God, how much more hope do we all have? All you need to do is to come to Jesus, and let the Holy Spirit take control of your line of thinking and belief systems. If you can change the way you think, it will eventually change the way you live and behave.

Here's a conversation with Pastor Manohar & Sneha from Gurgaon and with my old friend Eric. Hope it blesses your...